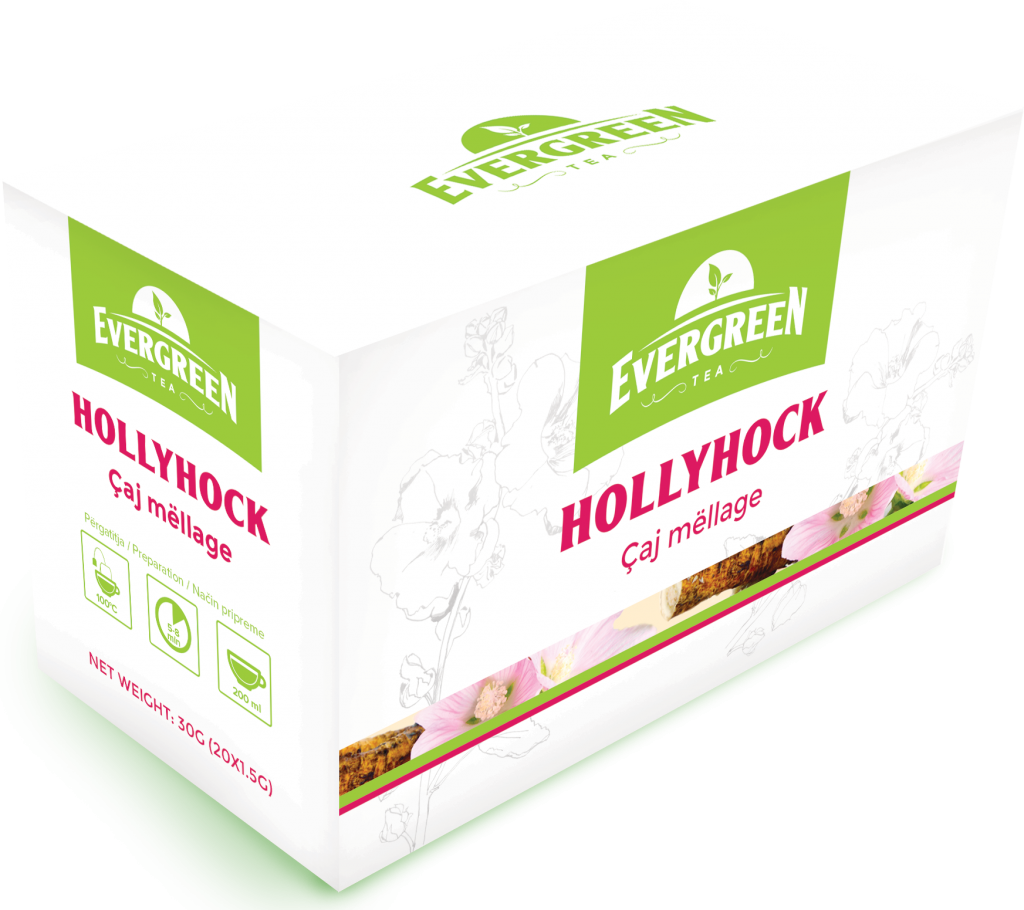 Native to Asia, hollyhocks is a popular ornamental plant that thrives in arid environments.

Hollyhocks has a history of use in various traditional medical systems.
For centuries, herbal healers considered to have sedative, diuretic, and emolientëve properties.
In medieval England, dried flowers hollyhocks are prepared as tea to soothe inflammation of the throat and mouth.

Hollyhocks is said to have been used by healers to Wiccan tradition to relieve congestion in the chest and prevent kidney stones.

In ancient China, the vegetables used for culinary purposes.

In contemporary literature, is described hollyhocks used to treat and prevent respiratory disorders and helps the digestive ailments.
In certain cases, the plant is reported to have had a calming effect on mucous membranes. Hollyhocks also considered to have been effective in treating bowel disorder, Hayfever, peptic ulcers, abdominal pain, bladder inflammation, emphysema, gastritis, bronchitis, and diarrhea.

The purpose of establishing this company was to produce tea of the highest quality, so that lovers of this drink tastes unproven flavor quality before.